For those of you who are not familiar with the concept, the Facebook “mommy-group” is the place where modern moms turn to ask their most pressing questions (is it normal that my kid hasn’t poo’d in 6 days??), to share funny memes (usually about either coffee or wine or both), to bitch about their husbands (could be BE any more useless?), to get dinner inspiration (what do I feed my gluten intolerant, vegan, vegatable-hating 1-year-old?), and often, to judge the shit out of eachother.  These groups, with all their quirks and flaws, have managed to become an essential pillar of 21st Century parenting – because really, what woman WOULDN’T want a group of hundreds (or even thousands) of fellow mamas to help set her mind at ease and assure her that she’s not totally screwing up this whole parenting gig?

So the other day I got to thinking – I wonder what kinds of things would have popped up in a Facebook Mom-Group if they existed in the 90’s? So I decided to let my already fairly ridiculous imagination run wild, and well, here’s what I came up with: 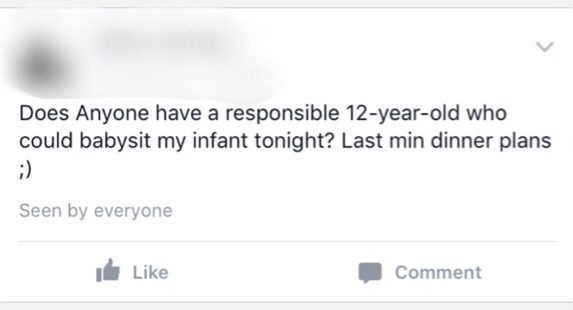 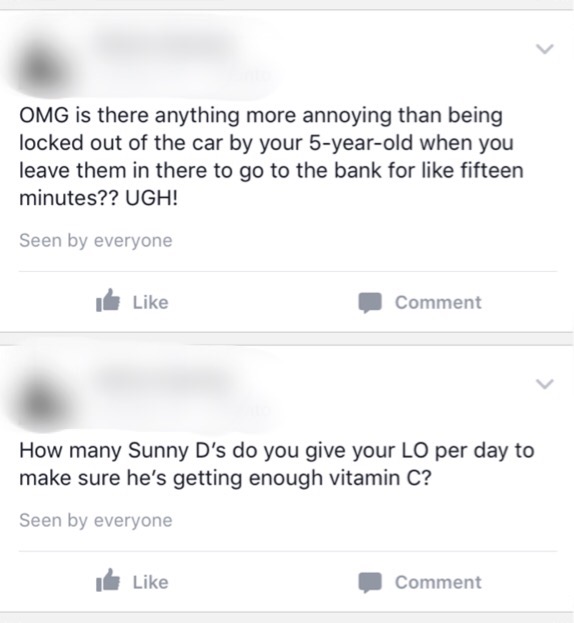 This is an excerpt from the article WHAT IF FACEBOOK “MOMMY GROUPS” EXISTED IN THE 90’s? which originally appeared on The Rebel Mama.