I arrive to massive white tent, RS 7s and R8s lining the walk up. 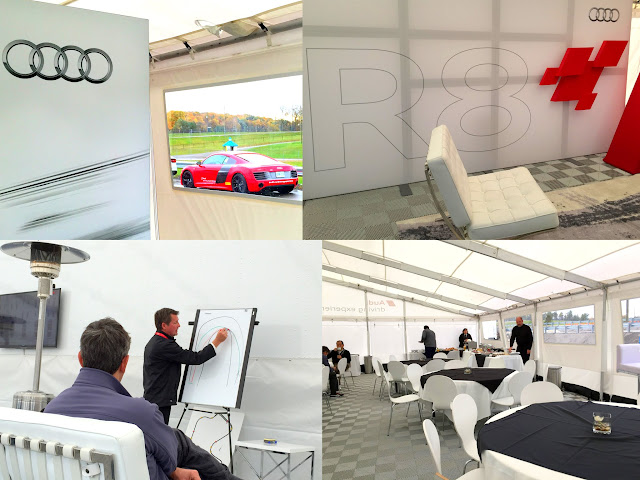 Our group of 20 is paired off, then is further divided into 4 groups, with both types of vehicles in each group’s fleet. 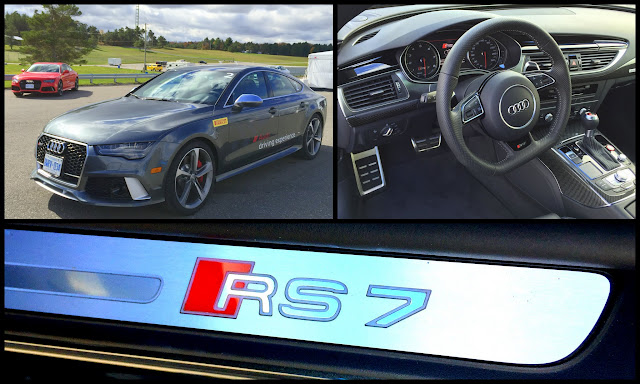 The morning is spent cycling through 4 exercises, like slalom and braking. And quickly, too; it’s the most efficient drive event I’ve attended.

That’s why these photos are good not great -there is very little downtime between sessions, as in, there’s a LOT of seat time. 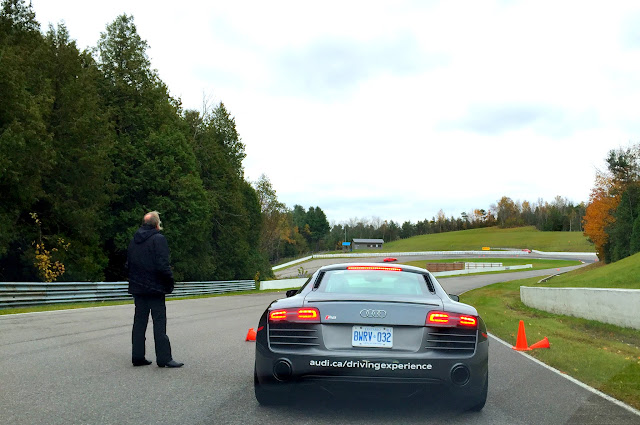 Plus you’ll drive backwards around Mosport, come ON.

The afternoon is all track. 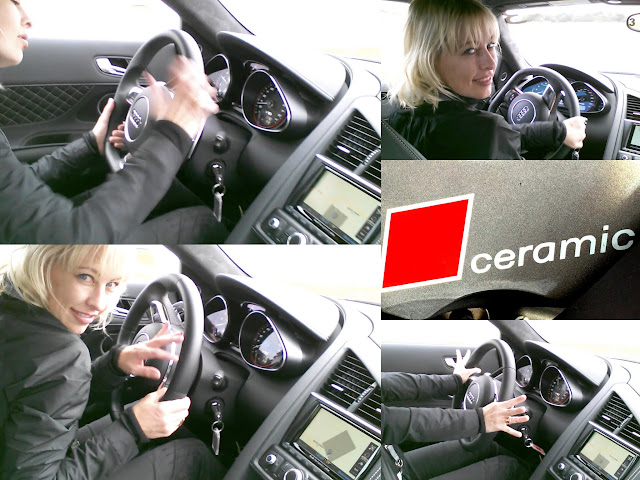 You’ll have access to some of Canada’s most decorated racers, the Audi instructors are all very experienced.

They drive around the track with you, watching in the mirrors and coaching over the radio. 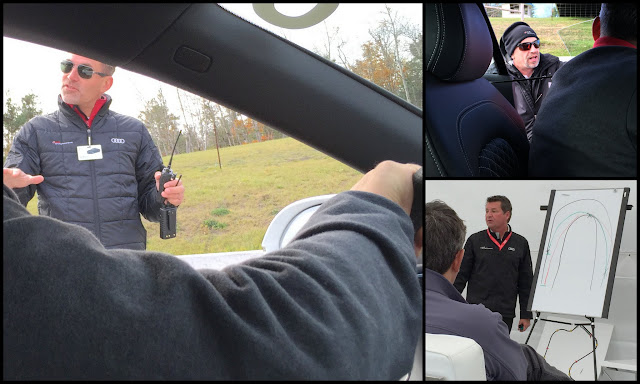 Later in the day it hits me, and when we pit I approach Jeff Boyce (above left):

“I’m laser-beam focused to keep up to you, while you’re operating the radio AND coaching me?!” He smiles, “actually there’s two radios Keri, one is back to base.” Cartoon eyes. 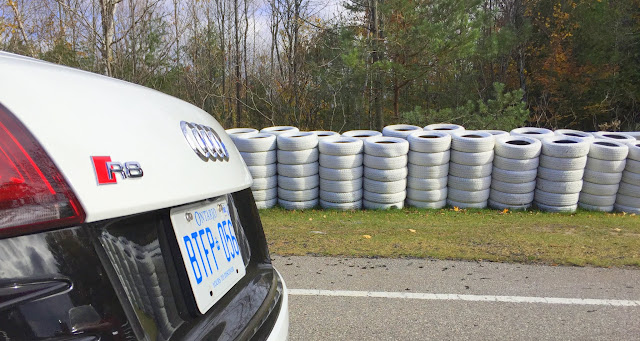 At about 1.5% of the car’s total cost, it’s wise money spent. Because ever seen someone mess up while driving an exotic?

Last summer I was walking through downtown Toronto, oooh that’s a _nice_ car. So I’m watching, the guy stumbles when the light turns green and I burst out laughing. Along with the rest of his audience. 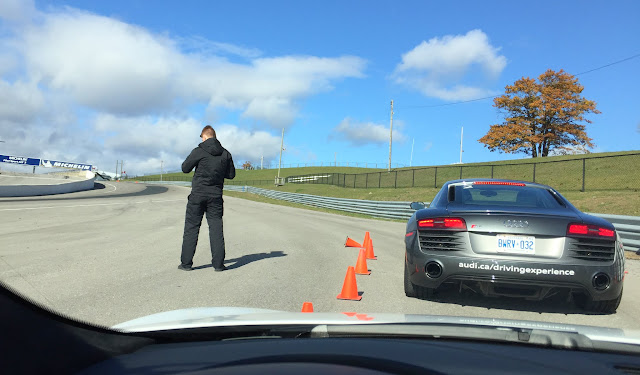 If you’re lucky, a friend will photograph you from the sidelines, so you too can pose at 180 km/h. 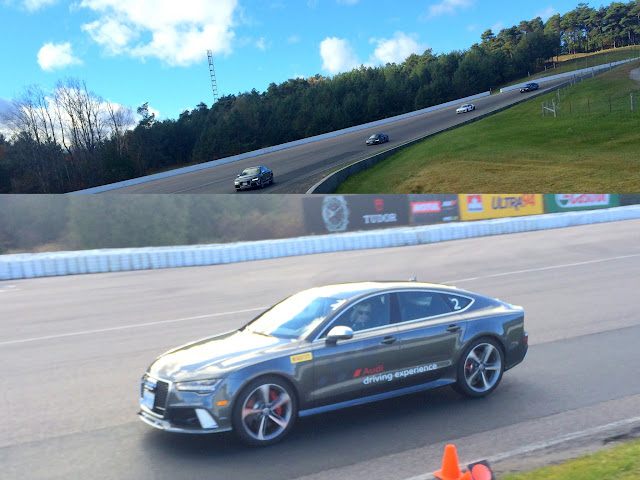 It’s easily the most repeated lesson of the day. Look further down the road, turn your head more, racing comes down to vision more than anything else.

“Just look for the cone Keri,” ok, but WHERE IS THE CONE :O 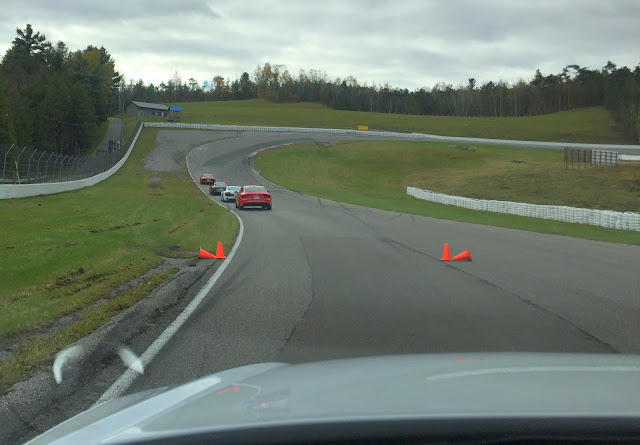 Having an engine this large behind me? 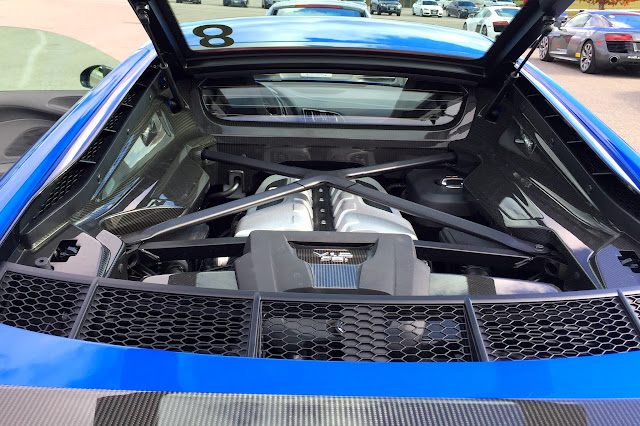 Ohhh, I liked that.

The event concludes with you in the passenger seat for a hotlap with an instructor.

Richard Spénard took me around, and yup, I didn’t come close to reaching this car’s capabilities. 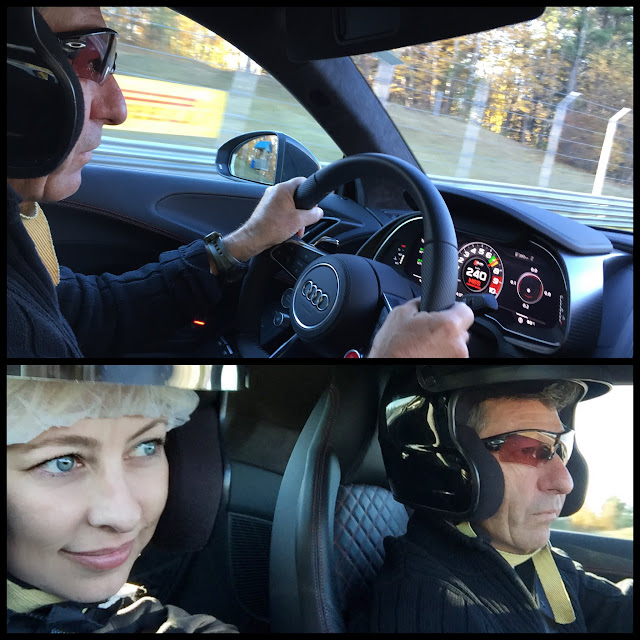 For the price tag of about $2,000 – you’re on the track 9am – 4pm, with a small group, testing vehicles in an environment they were designed for, while the instructors encourage you to push it. Plus 3 homemade meals.

Just the cost of brakes and tires would come close.

Because do what I did, and keep handing back the car reeking of both every. single. time. 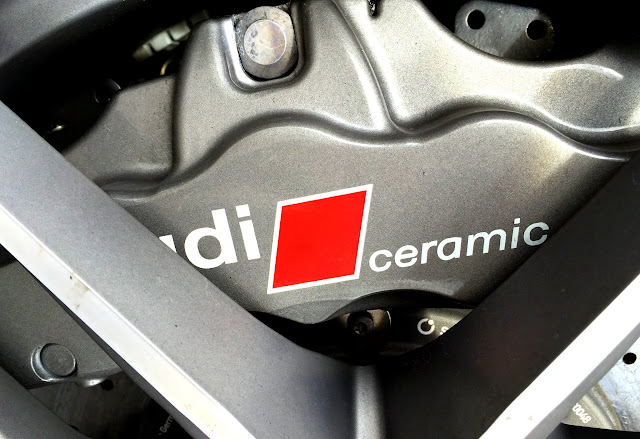 For a detailed account of my experience, read my story at The Co here.

This is an excerpt from the article About Audi’s All-new sportscar experience which originally appeared on Keri Car Talk.