Not being dramatic. These laser headlights literally exist. 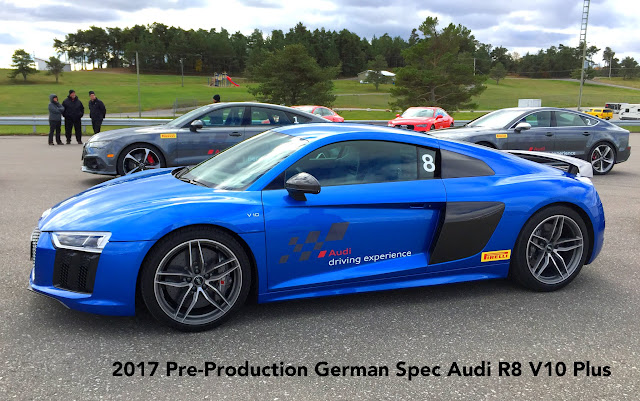 There are 2 lasers installed into the headlight for use when the high-beams are engaged.

The lasers emit a blue colour which is converted into a pure, white light that mimics daylight. And because a laser light is both brighter and more concentrated, it reduces driver fatigue and makes it easier to recognize contrast.

Best of all though, a laser high‑beam achieves twice the lighting range of an LED one.

It can be fine-tuned better than an LED. So the 2017 R8’s camera‑based sensor system will detect an oncoming vehicle, then actively adjust the light pattern to exclude it from the high-beam’s glare.

In the photo below, top is the light at the end of a track day, in the bright sun with my iPhone. Below is the press photo. Pretty eh. 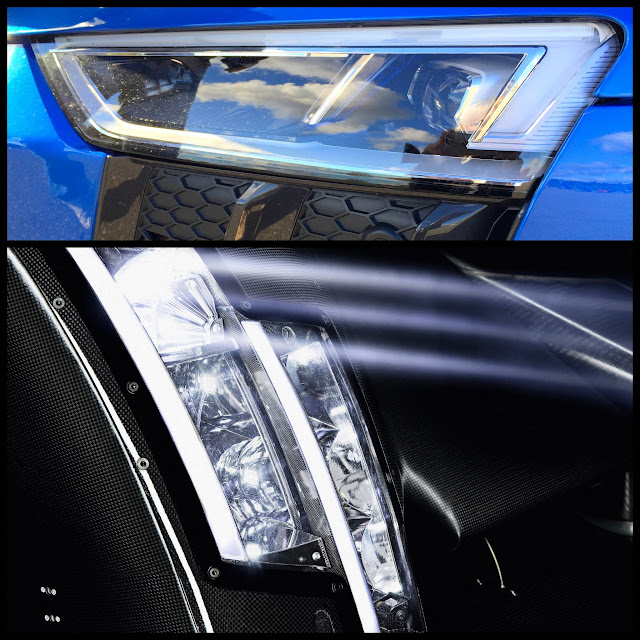 Important – ONLY Canadian models
will offer this tech

The headlights on the 2017 American model will be the same LCDs as the outgoing one.

So US buyers – the cost of importing our model might be worth it, if only so you can say, “hi hi, my car has lasers.”

This is an excerpt from the article Drive by Laser. No Really… LASERS which originally appeared on Keri Car Talk.